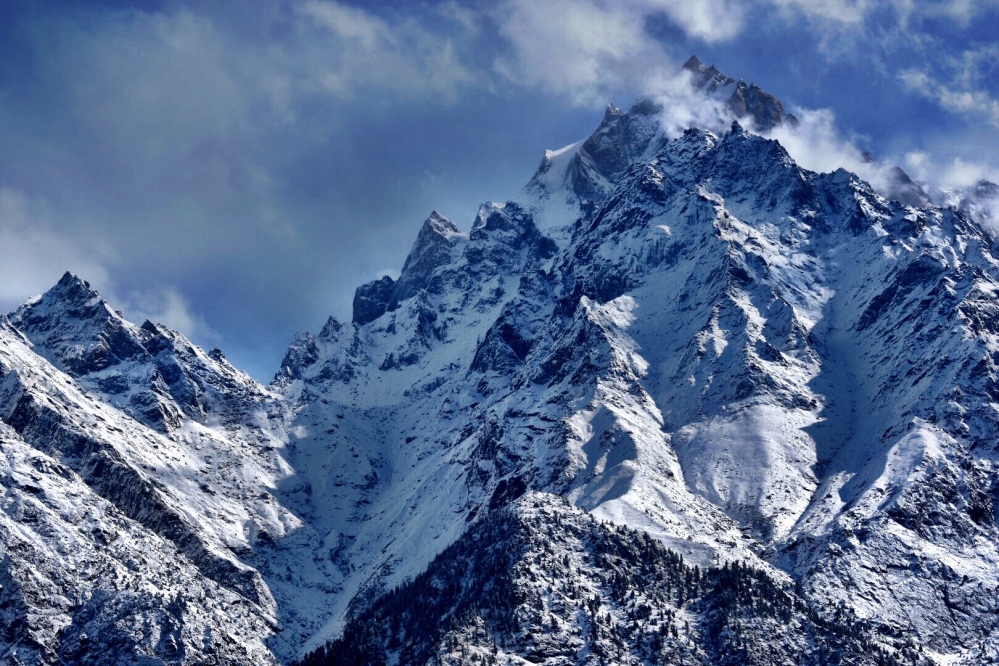 The Kinnaur Kailasha (locally known as Kinner Kailash) is a mountain in the Kinnaur district of the Indian state Himachal Pradesh and it has a height of 6050 meters and is considered as sacred by both Hindu and Buddhist Kinnauris. This mountain is sometimes confused with the Mount Kailash in Tibet.

The best view of Kinnaur Kailash is seen from Kalpa during winter days and we on the way reached there on the 5th day of our Kinnaur trip after crossing NARKANDA,SANGLA VALLEY and CHITKUL range. 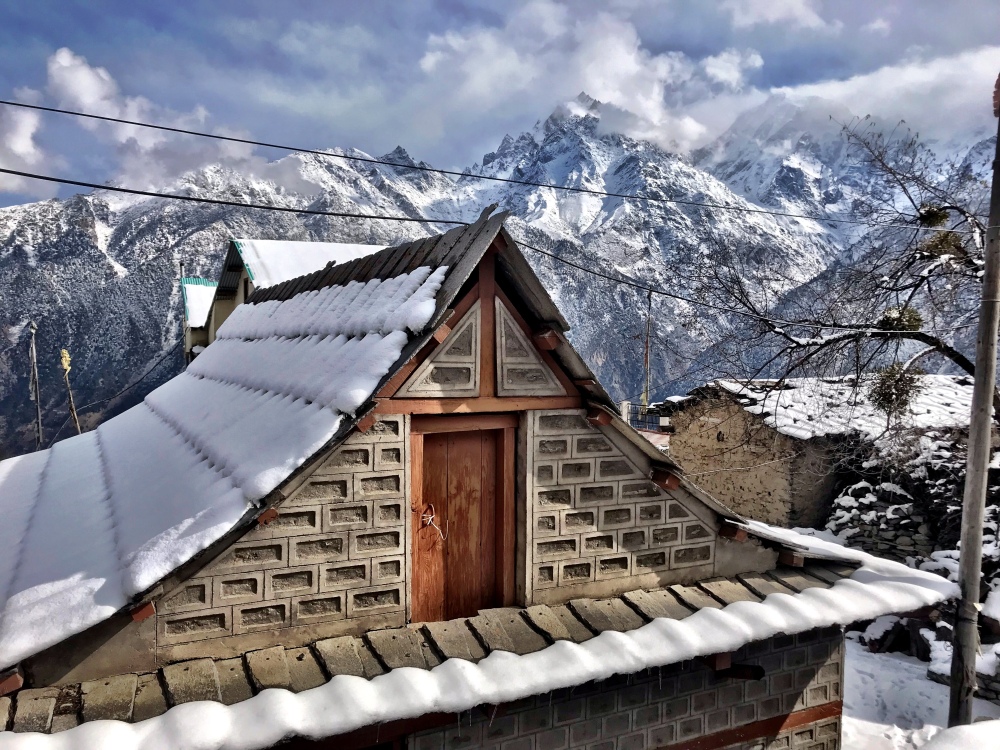 The view from the peak of the town KALPA was really mesmerising as if the entire range of KINNAUR KAILASH stands tall to look straight into your eyes. 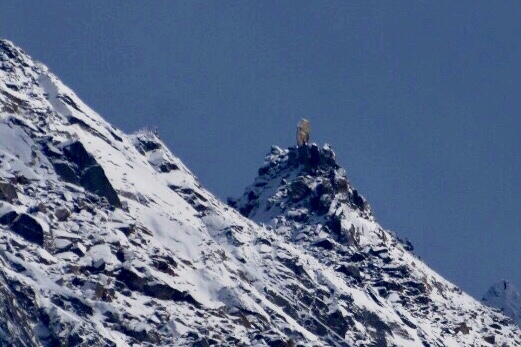 For the ardent devotees of Lord Shiva, Kinnaur holds utmost religious significance as the place is home to a 79 ft tall shivalinga, which changes colours every second. It is basically a rock pillar neatly balanced on rock slab and also resembles a trident. Close by is Parvati Kund, which is located at an altitude of 14900 ft above sea level.

As per the popular belief, the kund was created by Goddess Parvati herself. Also, it was the meeting point of Lord Shiva and the goddess, so it was also known as ‘Aashiqi Park’.

As per another mythological belief, every winter, Lord Shiva used to conduct a meeting of gods and goddesses here at Kinner Kailash.

The distance of KALPA from where the view of KINNAUR KAILASH is so unique is around 590 km from NEW DELHI(Capital of India) and about 340 km away from CHANDIGARH the joint capital of Punjab & Haryana states.One can take a night stay at SHIMLA or KUFRI or even NARKANDA to reach KALPA comfortably.

I am really happy I could visit the significant Mountain and compiled these informations from a few people from the locality and also from Internets resources along with my own clicks.