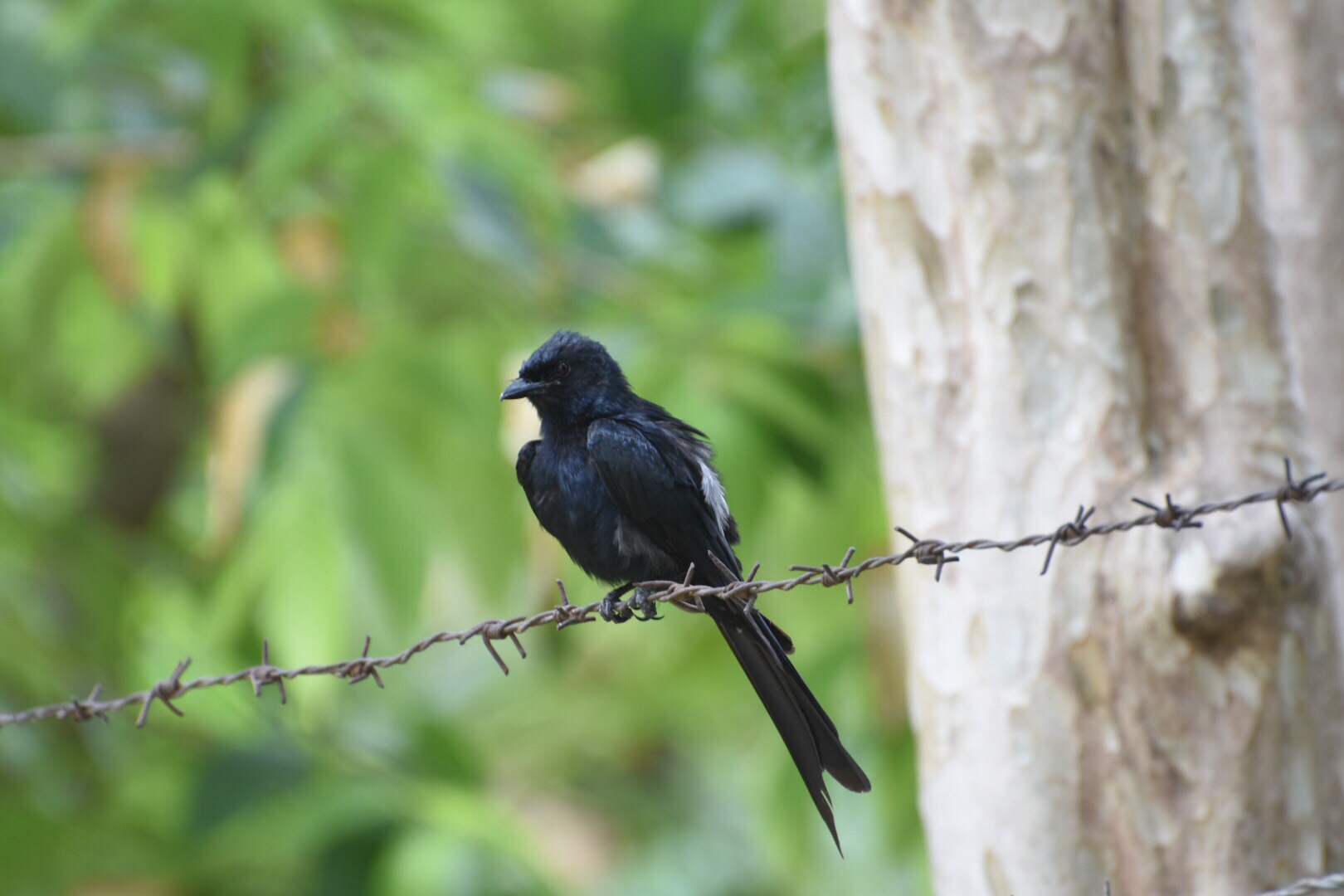 The black drongo (Dicrurus macrocercus) is a small Asian passerine bird of the drongo family Dicruridae. It is a common resident breeder in much of tropical southern Asia from southwest Iran through India and Sri Lanka east to southern China and Indonesia. It is a wholly black bird with a distinctive forked tail and measures 28 cm (11 in) in length. It feeds on insects, and is common in open agricultural areas and light forest throughout its range, perching conspicuously on a bare perch or along power or telephone lines.

The species is known for its aggressive behaviour towards much larger birds, such as crows, never hesitating to dive-bomb any bird of prey that invades its territory. This behaviour earns it the informal name of “king crow”.Smaller birds often nest in the well-guarded vicinity of a nesting black drongo. Previously grouped along with the African fork-tailed drongo (Dicrurus adsimilis), the Asian forms are now treated as a separate species with several distinct populations.

The sexes cannot be told apart in the field. Juveniles are brownish and may have some white barring or speckling towards the belly and vent, and can be mistaken for the white-bellied drongo. First-year birds have white tips to the feathers of the belly, while second-years have these white-tipped feathers restricted to the vent.

They are aggressive and fearless birds, and although only 28 cm (11 in) in length, they will attack much larger species that enter their nesting territory, including crows and birds of prey. This behaviour led to their former name of king crow. They fly with strong flaps of the wing and are capable of fast manoeuvres that enable them to capture flying insects.With short legs, they sit upright on thorny bushes, bare perches or electricity wires. They may also perch on grazing animals.

The black drongo is found predominantly in open country and usually perches and hunts close to the ground. They are mostly aerial predators of insects.

Compiled out of my special interest in the Bird species quite common to my country India along with a click I took at Shantiniketan & I would love to dedicate this Blog to the Birders/Bird lovers across the Globe.